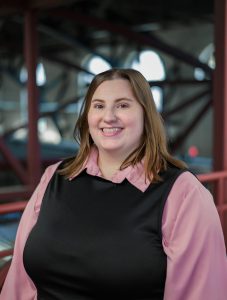 Allison was born and raised just outside Green Bay, WI and is the middle child of three daughters. She completed her Bachelor’s degree in International Studies and Geography at UW-Madison and then returned to complete her Master’s degree in Global Higher Education in the fall of 2019. She has studied in Brazil and England as an undergraduate student as well as travelled throughout Europe and Latin America. As a graduate student, she worked at the ISS office as well as in the Center for Russia, East Europe, and Central Asia (CREECA) at UW-Madison. After working for a while as an Admissions Counselor at UW-Superior, she is now back at UW-Madison as the International Transitions Coordinator. Some of her favorite pastimes include cooking, playing with her cat Darwin, watching k-dramas, and going to the food trucks on state street.